PERC technology is the high-flyer in photovoltaics: PERC solar cells, whose back surface is passivated, have a significantly higher efficiency than standard cells and are gaining further market shares. One challenge with PERC modules made of multicrystalline silicon is, however, performance losses occurring due to light-induced degradation (LID). With the LID scope, the Berlin company LayTec has now presented a device which enables simple, fast and flexible quality control for this effect at cell level. The technology was developed at the Fraunhofer Center for Silicon Photovoltaics CSP in Halle.

PERC stands for passivated emitter rear cell, i.e. solar cells whose back surface is metallized and passivated. They are currently on the rise, because their efficiency is 2-3 percentage points above the value of conventional cells. Many manufacturers are retooling existing production plants to PERC technology.

A surprising effect occurs in PERC cells made of multicrystalline silicon, however: light-induced degradation. When the solar cells are irradiated with light for the first time, so-called recombination active defects occur in the silicon material under increased temperature. The effect is called LeTID (light and elevated temperature induced degradation) in the technical literature. This reduces the efficiency of the solar modules. The losses can be 10-15 percent, after which the efficiency stabilizes at a lower level.

Until now this effect was only known of in solar cells made of monocrystalline silicon materials. However, due to the passivation as part of the PERC technology, it also occurs in cells made of multicrystalline silicon. »The precise sequence and cause of this process is still unclear. What we do know, is that the individual cell is affected and that the loss occurs in the silicon material. Solar radiation and temperature are identified as decisive factors. We have used this knowledge to develop a test, which indicates the extent of the degradation quickly and reproducibly,« says Dr. Dominik Lausch of the Fraunhofer CSP.

By applying electric current to the cell, the solar radiation is simulated, because ultimately it is the charge carriers that are decisive for LID. As a result a high degree of accuracy and dynamic is achieved, because current can be controlled easily, precisely and reproducibly. The degradation can be observed in real-time, accelerated tests are also possible by increasing the temperature and injection – in this way a result can be available after only five minutes.

From the method, for which a patent application has already been submitted, the Berlin company LayTec has developed the LID Scope device as a licensee. »The manufacturers that want to invest in the expansion of the PERC technology need reliable information about the extent to which their cells are affected by LID. With LID Scope, this is possible directly in production by using a simple, flexible and standardized method. This means an enormous simplification for the quality control and helps reliable statements to be made about the expected yields«, says Tobias Schenk, Managing Director of LayTec in-line GmbH. Another advantage: The test is possible at cell level: until now only complete modules could be tested for LID. The LID Scope will be presented on 24 May at the start of the SNEC PV Power Expo in Shanghai, the largest photovoltaics trade fair in the world.

A LID Scope will also be available at the Fraunhofer CSP in Halle. »With it, we can offer loss measurement in situ, which is an enormous advantage – including helping us to understand the degradation sequence better. We at the CSP are the ones that elucidated the underlying process in potential induced degradation or PID. I am confident that this will also soon be the case for LID,« says Lausch. 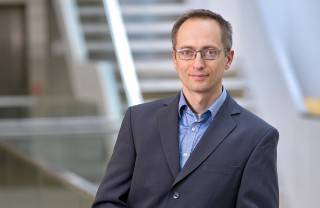